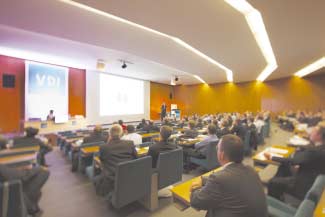 Type: Wind Power Romania is dedicated to the growth of the Romanian wind industry. Each part of the industry, represented from regulators to developers, OEMs to financiers and everyone in between.

Type: InterSOLUTION, the pre-eminent meeting forum for professionals in the solar energy market.

Type: Discusses the impact of EU Biofuels Policy & ILUC on upcoming industry developments, the limitations and expansion of biomass feedstock, the future role of biofuels for road transport and shipping industry, key criteria for investing in biofuel projects.

Type: International trade fair for the generation, distribution and storage of energy

Type: The International Conference Maintenance of Wind Turbines is addressed to service providers of operation and maintenance, energy providers, wind farm operators, manufacturers, consulting engineers, technical experts, financial institutions and insurances from all over the world.

Type: Managing risks in the offshore wind industry is the only to achieve successful project commercialisation.

Type: Established itself as a renowned meeting place with good opportunities for professional exchange and networking. Speakers and audience will discuss current developments of the industry in a business-relevant way.

Type: International Summit for the Storage of Renewable Energies. The target of the Energy Storage Summit is to show what future energy supply can look like, based on renewable energies and what role energy storage technologies play in this industry.

Type: The international VDI conference will discuss issues for the biogas and biomethane markets, in technical, political and business areas, drawing on leading experiences from Europe, Russia and China. The event aims to encourage an international exchange of experience on biogas and biofuel-research and development.

Type: Offshore wind power is expected to make a major contribution to electricity supply after the energy turn-around in Germany.

Type: Smart Grids, Smart Cities conference will bring together experts from both public and private sectors to discuss the initiatives, successful implementations and the future outlook for Smart Cities 2012 and beyond.